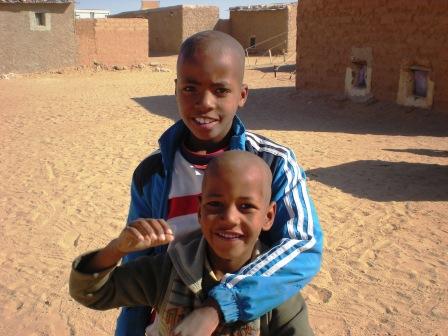 Salam Association was born on the 15 of April 2010 out of the desire to promote international cooperation projects, privileging the Sahrawi people and the Palestinian people affected by the non-application of the right of self-determination in International Law. The distinctiveness of our organization is that it is an international cooperation organization capable at the same time of carrying out first and second reception projects (SPRAR) in the panorama of the third sector in Italy. Since 2014, it has managed a Sprar in Martina Franca, located in the province of Taranto (listed among the virtuous realities for best practices in welcoming refugees in Europe, in the Vademecum “Welcoming refugees with dignity”) – and several centers (CAS) in the province of Taranto (GROTTAGLIE – STATTE – TALSANO) and in the province of Teramo (ISOLA Del GRAN SASSO). From 2014 to 2019 SALAM (HAS) managed the Nelson Mandela Intercultural Center in Taranto officially recognized by the Municipality of Taranto and the Puglia Region. Among other activities undertaken by Salam we can find assistance to migrants – training courses and language courses (Italian for foreigners; French, English, and Arabic); legal and psycho-social support. Moreover, SALAM’s action takes place in complex humanitarian contexts where conflicts persist such as in Iraq, Syria, Yemen, and in other settings, namely Egypt, Mali, Pakistan, Niger, Palestine, Sahrawi camps, and Gambia. SALAM has several offices in Italy and abroad from where it follows international cooperation projects entrusted by various national and international bodies. The main goal is to continue a path begun in 2010, which consists in the full commitment and to raise awareness against the enormous inequalities between the north and south of the world.

Salam Association rejects war as a means of resolving international issues, and it is committed to counter the cultural and economic tendency of industrialized states to dominate, including from the military point of view, the peoples living in the global South of the World, and in any case, the association works to alleviate the consequences of this domination. Furthermore, Salam promotes the knowledge of the Arab culture and other populations of the Mediterranean Basin, and in any case subjects (whether they are states or peoples) to cultural, economic and/or military domination by industrialized states. The intervention area extends across all over the Mediterranean basin but gives priority to the Sahrawi and Palestinian people, both affected by the non-application of the principle of self-determination of peoples in international law. For all these countries, the association promotes especially: a) fundraising and donations, initiatives of various kinds, education campaigns for young and old, humanitarian and solidarity activities towards civilian victims of conflicts; b) fosters education and development cooperation initiatives to encourage the acquisition of appropriate technologies that promote self-development, c) promote support for the development of civil society, d) promotes days of culture and knowledge of Arab culture.

Salam Association, which has been operating since 2010, has a simple, flexible, and transparent operational structure, in continuous evolution. Salam is ruled by the Shareholders’ Meeting, the Governing Council, and the Board of Auditors. The Shareholder’s Meeting is the sovereign body of the association that guarantees compliance with the Association’s Charter and Mission. The President is Dr. Simona Fernandez – she represents the organization, coordinates the overall activities of the Association, in line with the Governing Council and she is responsible for the scientific management of International Cooperation projects.

In accordance with the values in which the association believes in and intends to follow and promote, you can join us, engage yourself and become a MEMBER by sending an email to: associazionecooperazionsalam@gmai.com

We have two kinds of membership:

YOUNG MEMBER. The fee amounts to € 15, and it is reserved only for people aged between 18 and 35 years.

ORDINARY MEMBER. The share to be paid is € 150 and is reserved for people aged 18 and over.

The registration must be done by filling out our membership form. The annual fee can be paid:

by bank account registered to ASSOCIAZIONE SALAM. For any information please send a mail: associazionecooperazionesalam@gmail.com

Otherwise, the payment can be effectuated by going to the Nelson Mandela Intercultural Center located in via Anfiteatro 219 in Taranto, from 10 to 13, and from 16 to 19.00.

Members have the right to participate in the annual assembly, to take part in the election of the Governing Council, and in our private initiatives.